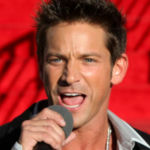 Why Is Jeff Timmons Influential?

According to Wikipedia, Jeffrey Brandon Timmons is an American pop singer, songwriter and producer and founding member of the Grammy-nominated pop group 98 Degrees. Career Rise of 98 Degrees Timmons was the founding member of 98 Degrees. While studying psychology at Kent State, Timmons decided to move to Los Angeles to pursue a career in entertainment. Although he received several acting jobs , his passion belonged to music and he formed a singing group subsequently. Timmons formed independently and were later signed to the Motown label in the mid-1990s. In 1997, they released their first single "Invisible Man" which peaking at number-twelve in the Billboard Hot 100. After building popularity with their appearance in the movie Mulan, singing "True to Your Heart" which had them collaborate with Stevie Wonder, their success broke out in late 1998 with their album 98 Degrees and Rising, which included the hit singles "The Hardest Thing", "I Do " and "Because of You". In 2000, the group released their fourth album Revelation which became their highest charting album in the Billboard 200. The group took a hiatus in 2002 though they reunited briefly to sing on Nick and Jessica's Christmas Special, a Christmas TV special which featured member Nick Lachey and his then-wife, singer-actress Jessica Simpson.

Other Resources About Jeff Timmons

What Schools Are Affiliated With Jeff Timmons?

Jeff Timmons is affiliated with the following schools: