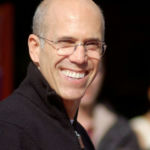 Why Is Jeffrey Katzenberg Influential?

According to Wikipedia, Jeffrey Katzenberg is an American film producer and media proprietor. He became well known for his tenure as chairman of Walt Disney Studios from 1984 to 1994. After departing Disney, he was a co-founder and CEO of DreamWorks Animation, where he oversaw the production of such animated franchises as Shrek, Madagascar, Kung Fu Panda, and How to Train Your Dragon. He has since founded a new media and technology company called WndrCo and was the founder of Quibi, a defunct short-form mobile video platform.

Other Resources About Jeffrey Katzenberg