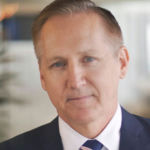 Why Is Jeffrey Martin Influential?

According to Wikipedia, Jeffrey W. Martin is the chairman and chief executive officer of Sempra Energy, an energy infrastructure company based in San Diego, California. Sempra Energy develops and owns natural gas and electric transmission and distribution infrastructure with a focus on markets in North America, including California, Texas, Mexico and the liquefied natural gas export market. The company serves more than 35 million consumers – serving more U.S. customers than any other U.S. utility holding company.

Other Resources About Jeffrey Martin

What Schools Are Affiliated With Jeffrey Martin?

Jeffrey Martin is affiliated with the following schools: