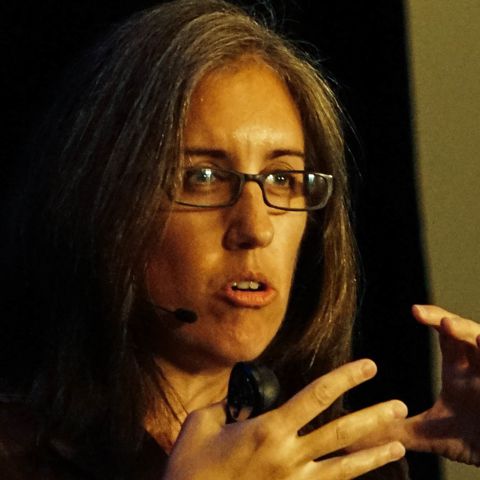 Jen Simmons is a graphic designer, web developer, educator and speaker known for her expertise in web standards, particularly HTML and CSS. She is a member of the CSS Working Group created by the World Wide Web Consortium and has been prominent in the deployment of CSS grid layout. Simmons is currently a designer and developer advocate at Mozilla, where she designed the Firefox browser's Grid Inspector. Simmons runs the YouTube channel “Layout Land” and coined the term “intrinsic design” to refer to her philosophy of web layouts that mix fixed, content-sized, and fluid layout. She is a frequent conference speaker at events such as An Event Apart, South by Southwest, Fluent, and SmashingConf.