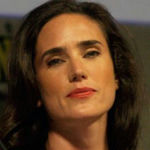 Why Is Jennifer Connelly Influential?

According to Wikipedia, Jennifer Lynn Connelly is an American actress. She began her career as a child model before making her acting debut in the 1984 crime film Once Upon a Time in America. After having worked as a model for several years, she began to concentrate on acting, starring in a variety of films including the horror film Phenomena , the musical fantasy film Labyrinth , the romantic comedy Career Opportunities , and the period superhero film The Rocketeer . She received praise for her performance in the science fiction film Dark City and playing a drug addict in Darren Aronofsky's drama film Requiem for a Dream .

Other Resources About Jennifer Connelly

What Schools Are Affiliated With Jennifer Connelly?

Jennifer Connelly is affiliated with the following schools: