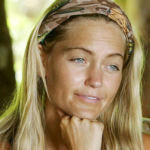 Why Is Jennifer Lyon Influential?

According to Wikipedia, Jennifer "Jenn" Jane Lyon was an American actress and television personality best known for her appearance on Survivor: Palau. Early life Jennifer Lyon was born in Nevada, but grew up in Washington and The Dalles, Oregon. She enjoyed hiking, playing soccer, and photography. At the age of 18, Jennifer learned Spanish when she participated in the foreign exchange program around 1990. After graduating from high school, Jennifer spent a year in Spain and two years in London working as a nanny. When Jennifer returned to the U.S., she attended Portland State University and spent a year there until she later attended Western Oregon State College before she was sent to Oregon State University. She later received a Bachelor of Science Degree in nutrition and food management.

Other Resources About Jennifer Lyon

What Schools Are Affiliated With Jennifer Lyon?

Jennifer Lyon is affiliated with the following schools: