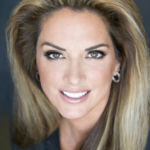 Why Is Jennifer Walden Influential?

According to Wikipedia, Jennifer Lee Walden is an American plastic surgeon, author and entrepreneur. She is recognized as one of the first doctors to use laser machines to do a "a high volume of labiaplasties and vaginoplasties." Harper’s Bazaar listed Walden as one of the Best Beauty Surgeons in 2014. Walden is a member of Modern Aesthetics’ and Plastic Surgery Practice’s Editorial Board of Directors and one of the few women to be elected to serve on the American Society for Aesthetic Plastic Surgery Board of Directors. In 2021, she was announced as the first female physician to become president-elect of The Aesthetic Society.

Other Resources About Jennifer Walden