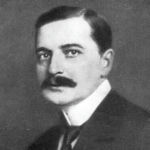 Why Is Jenő Huszka Influential?

According to Wikipedia, Jenő Huszka was a Hungarian composer of operettas. He was born in Szeged and died in Budapest.Life At the age of 5, he had his first performance - nicely played violin. He studied composition at the Academy of Music in Budapest. As a young man he was a member of the Lamoureux Orchestra in Paris. He also had to study law . After finishing his studies, he worked in the Ministry of Education in Budapest, in the department of art. His friend Ferenc Martos , a distinguished Hungarian librettist, worked in the same department and wrote all the librettos for his operettas.

Other Resources About Jenő Huszka

What Schools Are Affiliated With Jenő Huszka?

Jenő Huszka is affiliated with the following schools: