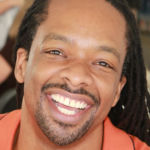 Why Is Jericho Brown Influential?

According to Wikipedia, Jericho Brown is an American poet and writer. Born and raised in Shreveport, Louisiana, Brown has worked as an educator at institutions such as University of Houston, San Diego State University, and Emory University. His poems have been published in The Nation, New England Review, The New Republic, Oxford American, and The New Yorker, among others. He released his first book of prose and poetry, Please, in 2008. His second book, The New Testament, was released in 2014. His 2019 collection of poems, The Tradition, garnered widespread critical acclaim.

Other Resources About Jericho Brown

What Schools Are Affiliated With Jericho Brown?

Jericho Brown is affiliated with the following schools: