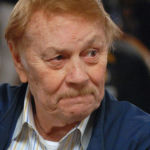 Why Is Jerry Buss Influential?

According to Wikipedia, Gerald Hatten Buss was an American businessman, investor, chemist, and philanthropist. He was the majority owner of the Los Angeles Lakers professional basketball team in the National Basketball Association , winning 10 league championships that were highlighted by the team's Showtime era during the 1980s. He is a member of the Naismith Memorial Basketball Hall of Fame as a contributor. Buss owned other professional sports franchises in Southern California.

Other Resources About Jerry Buss

What Schools Are Affiliated With Jerry Buss?

Jerry Buss is affiliated with the following schools: