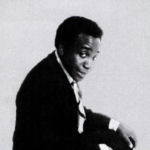 Why Is Jerry Butler Influential?

According to Wikipedia, Jerry Butler Jr. is an American soul singer-songwriter, producer, musician, and retired politician. He was the original lead singer of the R&B vocal group the Impressions, inducted into the Rock and Roll Hall of Fame in 1991. After leaving the group in 1960, Butler achieved over 55 Billboard Pop and R&B Chart hits as a solo artist including "He Will Break Your Heart", "Let It Be Me" and "Only the Strong Survive". He was inducted into the National Rhythm & Blues Hall of Fame in 2015.

Other Resources About Jerry Butler

What Schools Are Affiliated With Jerry Butler?

Jerry Butler is affiliated with the following schools: