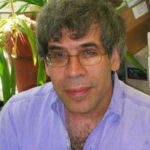 Why Is Jerry Coyne Influential?

Areas of Specialization: Ecology, Evolution
Jerry Coyne is professor emeritus at the University of Chicago for the Department of Ecology and Evolution. He earned a BS in biology from the William & Mary. He was drafted while attending graduate school at Rockefeller University, but returned to his studies upon his return, earning a PhD in biology from Harvard University. He went on to a postdoctoral fellowship at the University of California, Davis. He is an expert in speciation and ecological and evolutionary genetics.

He has been a vocal critic of religion, intelligent design, theistic evolution, and creationism, and has authored several books on the topic, including Faith vs. Fact: Why Science and Religion are Incompatible. As evidence for the truth of evolution, he cites the fossil record, embryology, molecular biology, the existence of vestigial organs (in humans as well as other creatures), biogeography, and DNA sequencing similarities. He also cites the existence of transitional fossils such as ambulocetus, which represents a transition between land mammals and whales, and the Tiktaalik, which represents a transition between fish and amphibians.

Although retired from teaching, Coyne does still write a popular blog on evolution, titled Why Evolution is True, that covers all topics evolution-related, including atheism, medical ethics, philosophy, and more.

According to Wikipedia, Jerry Allen Coyne is an American biologist known for his work on speciation and his commentary on intelligent design. A prolific scientist and author, he has published numerous papers on the theory of evolution. He is currently a professor emeritus at the University of Chicago in the Department of Ecology and Evolution. His concentration is speciation and ecological and evolutionary genetics, particularly as they involve the fruit fly, Drosophila.

Other Resources About Jerry Coyne

What Schools Are Affiliated With Jerry Coyne?

Jerry Coyne is affiliated with the following schools: