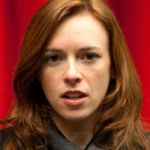 Why Is Jessica Jackley Influential?

According to Wikipedia, Jessica Erin Jackley is an American entrepreneur who co-founded Kiva and later ProFounder, two organizations that promote development through microloans. Early life Jackley grew up in Franklin Park, Pennsylvania. She graduated from North Allegheny Senior High School in 1996. She received her B.A. degree in philosophy and political science from Bucknell University in 2000 and an M.B.A. from the Stanford Graduate School of Business, with certificates in Public and Global Management.

Other Resources About Jessica Jackley

What Schools Are Affiliated With Jessica Jackley?

Jessica Jackley is affiliated with the following schools: