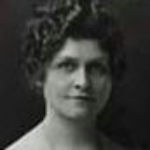 Why Is Jessie Ball duPont Influential?

According to Wikipedia, Jessie Ball duPont was an American teacher, philanthropist and designated a Great Floridian by the Florida Department of State. Biography Jessie Dew Ball was born on January 20, 1884 in Hardings, Northumberland County, Virginia to Lalla Gresham and Thomas Ball, a Confederate Civil War veteran and attorney. Aside from a year in Austin, Texas and a year in Baltimore, Maryland, Ball duPont grew up in Virginia. She earned a Life Certificate from the Farmville Normal School and began teaching in Lancaster County, Virginia, at the age of 18. She taught at the Shiloh School in Northumberland County in 1906-1907. She continued that career after moving in 1909 with her family to San Diego, California. As a young adult, she began amassing profits from the stock market and real estate which she used to fund need-based college scholarships. Eventually vice-principal of the elementary school where she was employed, she contributed to the upkeep of her elderly father and mother until they died in 1917 and 1920, respectively.

Other Resources About Jessie Ball duPont

What Schools Are Affiliated With Jessie Ball duPont?

Jessie Ball duPont is affiliated with the following schools: