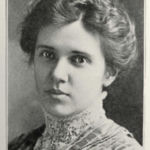 Why Is Jessie Taft Influential?

According to Wikipedia, J. Jessie Taft was an early American authority on child placement and therapeutic adoption. Educated at the University of Chicago, she spent the bulk of her professional life at the University of Pennsylvania, where she and Virginia Robinson were the co-founders and innovators of the functional approach to social work. Taft is the author of The Dynamics of Therapy in a Controlled Relationship . She is also remembered for her work as the translator and biographer of Otto Rank, an outcast disciple of Sigmund Freud; in addition, development of the functional approach to social work was greatly inspired by her work with Rank. She and her lifelong companion, Virginia Robinson, adopted and raised two children.

Other Resources About Jessie Taft

What Schools Are Affiliated With Jessie Taft?

Jessie Taft is affiliated with the following schools: