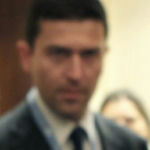 Why Is Jim Bittermann Influential?

According to Wikipedia, Jim Bittermann is Senior European correspondent for CNN since 1996. Career Bittermann graduated with a Bachelor of Science degree from Southern Illinois University in 1970 and began in print journalism from 1965 to 1970 as a reporter for the Waukegan News-Sun in Waukegan, Illinois. His television career began at WTMJ-TV in Milwaukee from 1970 to 1972. From 1972 to 1973 he worked at WQED-TV in Pittsburgh and 1973 to 1975 he was as a reporter for WKYC-TV in Cleveland, Ohio. Bittermann was with CBC News as a Toronto-based correspondent and producer for the broadcaster's newsmagazine from 1975 to 1978.

Other Resources About Jim Bittermann

What Schools Are Affiliated With Jim Bittermann?

Jim Bittermann is affiliated with the following schools: