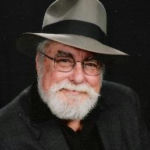 Why Is Jim Marrs Influential?

According to Wikipedia, James Farrell Marrs Jr. was an American newspaper journalist and New York Times best-selling author of books and articles on a wide range of alleged cover-ups and conspiracies. Marrs was a prominent figure in the JFK assassination conspiracy theories community and his 1989 book Crossfire was a source for Oliver Stone's 1991 film JFK. He wrote books asserting the existence of government conspiracies regarding aliens, 9/11, telepathy, and secret societies. He began his career as a news reporter in the Dallas–Fort Worth–Arlington metroplex and taught a class on the assassination of John F. Kennedy at University of Texas at Arlington for 30 years. Marrs was a member of the Scholars for 9/11 Truth.

Other Resources About Jim Marrs

What Schools Are Affiliated With Jim Marrs?

Jim Marrs is affiliated with the following schools:

What Are Jim Marrs's Academic Contributions?

Jim Marrs has made the following academic contributions: