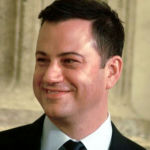 Why Is Jimmy Kimmel Influential?

According to Wikipedia, James Christian Kimmel is an American television host, comedian, and producer. He is the host and executive producer of Jimmy Kimmel Live!, a late-night talk show that premiered on ABC on January 26, 2003, at Hollywood Masonic Temple in Hollywood, California; and on April 1, 2019, at a secondary home, the Zappos Theater on the Las Vegas Strip. Kimmel hosted the Primetime Emmy Awards in 2012, 2016 and 2020, and the Academy Awards in 2017 and 2018.

Other Resources About Jimmy Kimmel

What Schools Are Affiliated With Jimmy Kimmel?

Jimmy Kimmel is affiliated with the following schools: