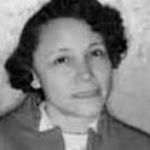 Why Is Jo Ann Robinson Influential?

According to Wikipedia, Jo Ann Gibson Robinson was an activist during the Civil Rights Movement and educator in Montgomery, Alabama. Early life Born Jo Ann Gibson, near Culloden, Georgia, on April 17, 1912, she was the youngest of twelve children. Her parents were Owen Boston and Dollie Webb Gibson, who had owned a farm. Her father died when Robinson was only 6 years old. After her father's death, Robinson, her mother, and her eleven other siblings moved to Macon, Georgia. Robinson excelled in school and earned valedictorian at her high school in her graduating year. She became the first person in her family to graduate from college, attending Fort Valley State College.

Other Resources About Jo Ann Robinson

What Schools Are Affiliated With Jo Ann Robinson?

Jo Ann Robinson is affiliated with the following schools: