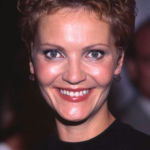 Why Is Joan Allen Influential?

According to Wikipedia, Joan Allen is an American actress. She began her career with the Steppenwolf Theatre Company in 1977, won the 1984 Drama Desk Award for Outstanding Actress in a Play for And a Nightingale Sang, and won the 1988 Tony Award for Best Actress in a Play for her Broadway debut in Burn This. She is also a three-time Academy Award nominee, receiving Best Supporting Actress nominations for Nixon and The Crucible , and a Best Actress nomination for The Contender .

Other Resources About Joan Allen

What Schools Are Affiliated With Joan Allen?

Joan Allen is affiliated with the following schools: