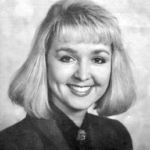 American journalist who disappeared on June 27, 1995

Why Is Jodi Huisentruit Influential?

According to Wikipedia, Jodi Sue Huisentruit was an American television news anchor for KIMT, the CBS affiliate in Mason City, Iowa. Huisentruit disappeared in the early morning hours of June 27, 1995, soon after telling a colleague that she had overslept and was running late for work. Since there were signs of a struggle outside her apartment, Huisentruit is believed to have been abducted. However, extensive investigations have failed to uncover any clues to her disappearance. She was declared legally dead in 2001.

Other Resources About Jodi Huisentruit

What Schools Are Affiliated With Jodi Huisentruit?

Jodi Huisentruit is affiliated with the following schools: