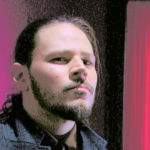 Why Is Joe Frantz Influential?

According to Wikipedia, Joseph Frantz is an American filmmaker, author, and podcast host. He is a director, producer, cinematographer, and former member of Bam Margera's CKY crew. His body of works includes the CKY video series, Haggard: The Movie, reality television shows such as Viva La Bam and Bam's Unholy Union, Jackass Number Two, Jackass 2.5, Jackassworld.com: 24 Hour Takeover, Jackass 3D, and Jackass 3.5, and music videos for bands such as HIM, CKY, Clutch, and the 69 Eyes.

Other Resources About Joe Frantz