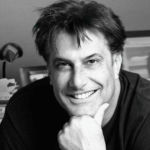 Why Is Joe Murray Influential?

According to Wikipedia, Joseph David Murray is an American animator, writer, illustrator, producer, director, and voice actor, best known as the creator of Nickelodeon's Rocko's Modern Life and Cartoon Network's Camp Lazlo, and is now the creator of PBS Kids' Let's Go Luna!. Born in San Jose, California, USA, Murray was interested in a career in the arts when he was three. He credits his high school art teacher Mark Briggs with teaching him a lot about art. Murray was a political cartoonist for a newspaper, often targeting then-President Jimmy Carter. As a young adult Murray was hired as a designer at an agency, where he invested his earnings from the production company into independent animated films. In 1981 at age 20, he founded his independent illustration production company called Joe Murray Studios while he was still in college. Murray also did the storyboards and the layouts for Mighty Mouse: The New Adventures and A Pup Named Scooby-Doo while working as a freelancer at Drew Takahashi's Colossal Pictures in San Francisco.

Other Resources About Joe Murray

What Schools Are Affiliated With Joe Murray ?

Joe Murray is affiliated with the following schools: