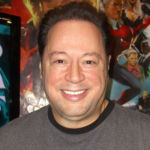 Why Is Joe Quesada Influential?

According to Wikipedia, Joseph Quesada is an American comic book artist, writer, editor, and television producer. He became known in the 1990s for his work on various Valiant Comics books, such as Ninjak and Solar, Man of the Atom. He later worked on numerous books for DC Comics and Marvel Comics, such as Batman: Sword of Azrael and X-Factor, before forming his own company, Event Comics, where he published his creator-owned character, Ash.

Other Resources About Joe Quesada

What Schools Are Affiliated With Joe Quesada?

Joe Quesada is affiliated with the following schools: