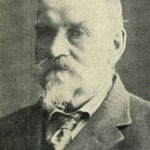 Why Is John Austin Influential?

According to Wikipedia, John Austin was an English legal theorist, who posthumously influenced British and American law with an analytical approach to jurisprudence and a theory of legal positivism. Austin opposed traditional approaches of "natural law", arguing against any need for connections between law and morality. Human legal systems, he claimed, can and should be studied in an empirical, value-free way.

Other Resources About John Austin

What Schools Are Affiliated With John Austin ?

John Austin is affiliated with the following schools: