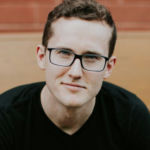 Why Is John Burke Influential?

According to Wikipedia, John Burke is an American pianist, composer, and songwriter based in Atlanta, Georgia. Burke is best known for his solo piano albums. He has also composed scores for film, video games, and theatre. Background Burke was born and raised in Atlanta, Georgia, where he studied Spanish and music at Oglethorpe University. He later studied public administration at Georgia State University. While in school, Burke discovered pianist George Winston and keyboardist Ray Manzarek and was inspired to become a pianist and composer.

Other Resources About John Burke

What Schools Are Affiliated With John Burke ?

John Burke is affiliated with the following schools: