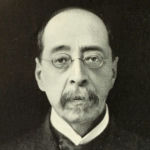 Why Is John La Farge Influential?

According to Wikipedia, John La Farge was an American artist whose career spanned illustration, murals, interior design, painting, and popular books on his Asian travels and other art-related topics. La Farge is best known for his production of stained glass, mainly for churches on the American east coast, beginning with a large commission for Henry Hobson Richardson's Trinity Church in Boston in 1878, and continuing for thirty years. La Farge designed stained glass as an artist, as a specialist in color, and as a technical innovator, holding a patent granted in 1880 for superimposing panes of glass. That patent would be key in his dispute with contemporary and rival Louis Comfort Tiffany.

Other Resources About John La Farge

What Schools Are Affiliated With John La Farge?

John La Farge is affiliated with the following schools: