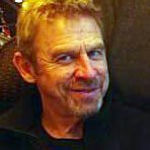 Why Is John Foulcher Influential?

According to Wikipedia, John Foulcher is an Australian poet and teacher. Education Foulcher graduated from Macquarie University with a Bachelor of Arts with Honours and a Diploma of Education. He has been a teacher in New South Wales, Victoria, and taught at Burgmann Anglican School in the Canberra suburb of Gungahlin before retiring in June 2016.

Other Resources About John Foulcher

What Schools Are Affiliated With John Foulcher?

John Foulcher is affiliated with the following schools: