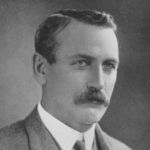 Why Is John Frank Stevens Influential?

According to Wikipedia, John Frank Stevens was an American civil engineer who built the Great Northern Railway in the United States and was chief engineer on the Panama Canal between 1905 and 1907. Biography Stevens was born in rural Maine, near West Gardiner to John Stevens, a tanner and farmer, and Harriet Leslie French. He attended Maine State Normal School for two years. At the conclusion of his schooling in 1873, bleak economic conditions held little promise of a job, and he chose to go west. Entry into the field of civil engineering evolved from his experience in the Minneapolis city engineer's office. For two years he carried out a variety of engineering tasks, including surveying and building railroads, and at the same time gained experience and an understanding of the subject. He became a practical engineer, self-taught and driven by a self-described "bull-dog tenacity of purpose." In 1878 Stevens married Harriet T. O'Brien. They had five children, two of whom died in infancy.

Other Resources About John Frank Stevens

What Schools Are Affiliated With John Frank Stevens?

John Frank Stevens is affiliated with the following schools: