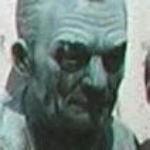 Why Is John Franklin Enders Influential?

According to Wikipedia, John Franklin Enders was an American biomedical scientist and Nobel Laureate. Enders has been called "The Father of Modern Vaccines." Life and education Enders was born in West Hartford, Connecticut on February 10, 1897. His father, John Ostrom Enders, was CEO of the Hartford National Bank and left him a fortune of $19 million upon his death. He attended the Noah Webster School in Hartford, and St. Paul's School in Concord, New Hampshire. After attending Yale University a short time, he joined the United States Army Air Corps in 1918 as a flight instructor and a lieutenant.

Other Resources About John Franklin Enders

What Schools Are Affiliated With John Franklin Enders?

John Franklin Enders is affiliated with the following schools: