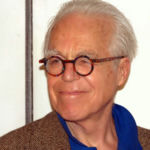 Why Is John Guare Influential?

According to Wikipedia, John Guare is an American playwright and screenwriter. He is best known as the author of The House of Blue Leaves and Six Degrees of Separation. Early life He was raised in Jackson Heights, Queens. In 1949 his father suffered a heart attack and subsequently moved the family to Ellenville, New York while he recovered. His father's relatives lived there, making it an idyllic experience for him. Guare did not regularly attend school in Ellenville because the school's daily practices were not in keeping with the recommendations of the Catholic Church, causing his father to suspect the school had communist leanings. Instead of attending school, Guare was assigned home study and took exams intermittently, which allowed him time to go to the movies and see all the hits of the time. This had a lasting influence on Guare and his career.

Other Resources About John Guare

What Schools Are Affiliated With John Guare?

John Guare is affiliated with the following schools: