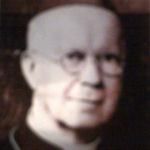 Why Is John Henry Tihen Influential?

According to Wikipedia, John Henry Tihen was an American prelate of the Roman Catholic Church. He served as Bishop of Lincoln, Nebraska and Bishop of Denver, Colorado . Biography John Tihen was born in Oldenburg, Indiana, to Herman Bernard and Angela Tihen, who were German immigrants. When he was still a child, he and his family moved to Jefferson City, Missouri, where he attended parochial schools. After graduating from St. Benedict College in Atchison, Kansas, he entered St. Francis Seminary at Milwaukee, Wisconsin, in 1882. He was ordained to the priesthood by Archbishop Michael Heiss on April 26, 1886. Returning to Missouri, he then served as a curate at St. John's Church in St. Louis until 1888, when he followed Bishop John Joseph Hennessy to the Diocese of Wichita, Kansas. He there served as rector of the cathedral and chancellor of the diocese. In 1907 he was named vicar general and a Domestic Prelate.

Other Resources About John Henry Tihen

What Schools Are Affiliated With John Henry Tihen?

John Henry Tihen is affiliated with the following schools: