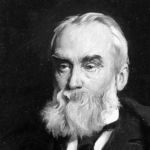 Why Is John Hughlings Jackson Influential?

According to Wikipedia, John Hughlings Jackson, FRS was an English neurologist. He is best known for his research on epilepsy. Biography He was born at Providence Green, Green Hammerton, near Harrogate, Yorkshire, the youngest son of Samuel Jackson, a brewer and yeoman who owned and farmed his land, and Sarah Jackson , the daughter of a Welsh revenue collector. His mother died just over a year after giving birth to him. He had three brothers and a sister; his brothers emigrated to New Zealand and his sister married a physician. He was educated at Tadcaster, Yorkshire and Nailsworth, Gloucestershire before attending the York Medical and Surgical School. After qualifying at St Barts in 1856 he became house physician to the York Dispensary.

Other Resources About John Hughlings Jackson

What Schools Are Affiliated With John Hughlings Jackson?

John Hughlings Jackson is affiliated with the following schools: