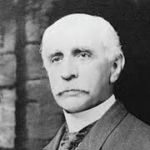 Why Is John A. Kimberly Influential?

According to Wikipedia, John Alfred Kimberly was an American manufacturing executive, a founder of Kimberly-Clark Corporation of Neenah, Wisconsin. Born in Troy, New York, he moved with his family to Wisconsin at age nine and settled in Neenah. Before moving west, he had obtained the rudiments of an education in the schools of Troy, and his education was completed in the pioneer schools of Neenah and at Lawrence University in Appleton.

Other Resources About John A. Kimberly

What Schools Are Affiliated With John A. Kimberly?

John A. Kimberly is affiliated with the following schools: