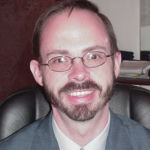 According to Wikipedia, John L. Allen Jr. is an American journalist serving as editor of the Roman Catholic–oriented news website Crux, formerly hosted by The Boston Globe and now independently funded. Before moving to The Boston Globe when Crux was established in 2014, Allen worked for 16 years in Rome as a Vatican watcher, covering news about the Holy See and the Pope for the National Catholic Reporter. He also serves as a Senior Vatican Analyst for CNN, and featured in broadcast coverage of the conclaves of 2005 and 2013. Allen is the St. Francis de Sales Fellow of Communication and Media at the Word on Fire Institute founded by Bishop Robert Barron.

What Schools Are Affiliated With John L. Allen Jr.?

John L. Allen Jr. is affiliated with the following schools: