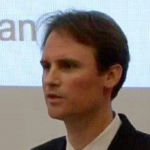 Why Is John Palfrey Influential?

According to Wikipedia, John Gorham Palfrey VII is an American educator, scholar, and law professor. He is an authority on the legal aspects of emerging media and an advocate for Internet freedom, including increased online transparency and accountability as well as child safety. In March 2019, he was named the president of the MacArthur Foundation effective September 1, 2019. Palfrey was the 15th Head of School at Phillips Academy in Andover, Massachusetts from 2012 to 2019. He has been an important figure at Harvard Law School and served as executive director of Harvard's Berkman Center for Internet & Society from 2002 to 2008.

Other Resources About John Palfrey

What Schools Are Affiliated With John Palfrey?

John Palfrey is affiliated with the following schools: