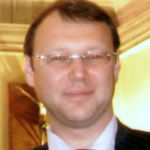 Why Is John Patrick Foley Influential?

According to Wikipedia, John Patrick Foley was an American cardinal of the Roman Catholic Church. From 2007 until 2011, he was Grand Master of the Equestrian Order of the Holy Sepulchre of Jerusalem, an order of knighthood under papal protection, having previously served as President of the Pontifical Council for Social Communications from 1984 to 2007. He was elevated to the cardinalate in 2007. He provided the commentary for the American television viewers of the Christmas Midnight Mass from St Peter's Basilica, Rome. However, in 2009, he retired from that role after 25 years. The commentary was taken over by Monsignor Thomas Powers of the Diocese of Bridgeport, Connecticut, an official in the Congregation for Bishops.

Other Resources About John Patrick Foley

What Schools Are Affiliated With John Patrick Foley?

John Patrick Foley is affiliated with the following schools: