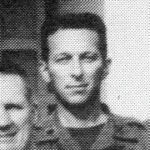 American military personnel of the Korean and Vietnam wars

Why Is John Paul Vann Influential?

According to Wikipedia, John Paul Vann was a lieutenant colonel in the United States Army, later retired, who became well known for his role in the Vietnam War. Although separated from the military before the Vietnam War reached its peak, he returned to service as a civilian under the auspices of the United States Agency for International Development and by the waning days of the war was the first American civilian to command troops in regular combat there. He received the Presidential Medal of Freedom and was the only civilian in Vietnam to receive the Distinguished Service Cross. He died in a helicopter crash in 1972 at 47 years old.

Other Resources About John Paul Vann

What Schools Are Affiliated With John Paul Vann?

John Paul Vann is affiliated with the following schools: