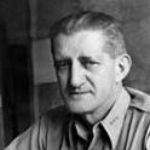 Why Is John R. Hodge Influential?

According to Wikipedia, General John Reed Hodge was a highly decorated senior officer of the United States Army. His final assignment before retiring was as Chief of Army Field Forces from 1952 to 1953. Early life and career Born in Golconda, Illinois, Hodge attended Southern Illinois Teachers College and the University of Illinois. After completing an officer indoctrination program at the U.S. Army Officer Candidate School at Fort Sheridan, he received a direct commission in the Army as an infantry second lieutenant in 1917. He served in World War I in France and Luxembourg.

Other Resources About John R. Hodge

What Schools Are Affiliated With John R. Hodge?

John R. Hodge is affiliated with the following schools: