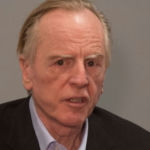 Why Is John Sculley Influential?

According to Wikipedia, John Sculley III is an American businessman, entrepreneur and investor in high-tech startups. Sculley was vice-president and president of PepsiCo , until he became chief executive officer of Apple Inc. on April 8, 1983, a position he held until leaving in 1993. In May 1987, Sculley was named Silicon Valley's top-paid executive, with an annual salary of US$10.2 million.

Other Resources About John Sculley

What Schools Are Affiliated With John Sculley?

John Sculley is affiliated with the following schools: