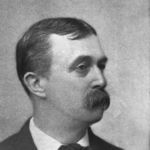 Why Is John Shaw Billings Influential?

According to Wikipedia, John Shaw Billings was an American librarian, building designer, and surgeon. However, he is best known as the modernizer of the Library of the Surgeon General's Office of the Army. His work with Andrew Carnegie led to the development and his service as the first director of the New York Public Library. Billings oversaw the building of the Surgeon General's Library, which was the nation's first comprehensive library for medicine. Because of his approach to improving public health and hospitals, Billings headed the U.S. Census Office's division of Vital Statistics and oversaw statistical compilation of censuses. With Robert Fletcher, Billings developed Index Medicus, a monthly guide to contemporary medicine that ran for 16 months until his retirement at the Medical Museum and Library. At the latter end of his work with the military, Billings aided the United States' Secretary of the Treasury in adjusting the organization of the military hospitals. With his growing credibility in the medical field, Billings also oversaw work done to aid those struggling with yellow fever. He also served as Johns Hopkins Hospital's medical advisor, authored reports regarding criteria for medical and nursing curricula, and hospital design. Although his name is not included in the infamous "Big Four" at Hopkins, Billings made major contributions, by the means of the Johns Hopkins Hospital's architecture, infrastructure, and curriculum for the Johns Hopkins School of Medicine.

Other Resources About John Shaw Billings

What Schools Are Affiliated With John Shaw Billings?

John Shaw Billings is affiliated with the following schools: