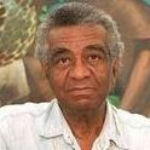 Why Is John T. Biggers Influential?

According to Wikipedia, John Thomas Biggers was an African-American muralist who came to prominence after the Harlem Renaissance and toward the end of World War II. Biggers created works critical of racial and economic injustice. He also served as the founding chairman of the art department at Houston's Texas State University for Negroes , a historically black college.

Other Resources About John T. Biggers

What Schools Are Affiliated With John T. Biggers?

John T. Biggers is affiliated with the following schools: