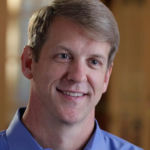 Why Is John Tree Influential?

According to Wikipedia, Major General John Tree is an American business owner and a major general in the United States Air Force Reserve, currently serving as the Senior Reservist to the Air Force Chief of Staff at the Pentagon in Washington DC. In this role he assists the Chief with the organization, training and equipping of 685,000 active-duty, Guard, Reserve and civilian forces serving in the United States and overseas. Previously he was the Senior Reservist to the Director for Logistics, Engineering and Security Cooperation , Headquarters, U.S. Indo-Pacific Command, Camp H.M. Smith, Hawaii. In that capacity he assisted the Director with the planning, coordination, and integration of strategic Logistics, Engineering and Security Cooperation in support of U.S. National Defense Strategy in order to build U.S. and partner capacities to accomplish the USINDOPACOM mission across the Asia-Pacific theater. For his work in the Pacific, General Tree was awarded the Defense Superior Service Medal.

Other Resources About John Tree

What Schools Are Affiliated With John Tree?

John Tree is affiliated with the following schools: