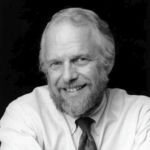 Why Is John Warnock Influential?

According to Wikipedia, John Edward Warnock is an American computer scientist and businessman best known for co-founding Adobe Systems Inc., the graphics and publishing software company, with Charles Geschke. Warnock was President of Adobe for his first two years and chairman and CEO for his remaining sixteen years at the company. Although he retired as CEO in 2000, he still co-chaired the board with Geschke. Warnock has pioneered the development of graphics, publishing, Web and electronic document technologies that have revolutionized the field of publishing and visual communications.

Other Resources About John Warnock

What Schools Are Affiliated With John Warnock?

John Warnock is affiliated with the following schools: