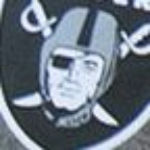 Why Is Jon Gruden Influential?

According to Wikipedia, Jon David Gruden is a former American football coach who served as a head coach in the National Football League for 15 seasons. He held his first head coaching position with the Raiders franchise during their Oakland tenure from 1998 to 2001, where he won two consecutive division titles and made an AFC Championship Game appearance. Gruden was traded to the Tampa Bay Buccaneers in 2002, whom he led to their first Super Bowl title in Super Bowl XXXVII the same season. At age 39, he was the then-youngest head coach to win the Super Bowl. He served as Tampa Bay's head coach through 2008, setting the franchise record for wins, but made only two further playoff runs. After his firing from the Buccaneers, Gruden was featured as an analyst for ESPN's Monday Night Football broadcasts from the 2009 to the 2017 seasons.

Other Resources About Jon Gruden

What Schools Are Affiliated With Jon Gruden?

Jon Gruden is affiliated with the following schools: