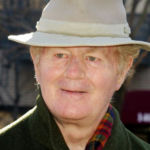 Why Is Jonathan Schell Influential?

According to Wikipedia, Jonathan Edward Schell was an American author and visiting fellow at Yale University, whose work primarily dealt with campaigning against nuclear weapons. Career His work appeared in The Nation, The New Yorker, and TomDispatch. The Fate of the Earth received the Los Angeles Times Book Prize, among other awards, and was nominated for the Pulitzer Prize, the National Book Award, and the National Critics Award. In his words ; "Never has a nation unleashed so much violence with so little risk to itself. It is the government's way of waging war without the support of its own people, and involves us all in the dishonor of killing in a cause we are no longer willing to die for."

Other Resources About Jonathan Schell

What Schools Are Affiliated With Jonathan Schell?

Jonathan Schell is affiliated with the following schools:

What Are Jonathan Schell's Academic Contributions?

Jonathan Schell has made the following academic contributions: