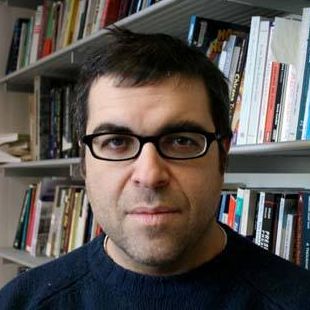 José Esteban Muñoz was a Cuban American academic in the fields of performance studies, visual culture, queer theory, cultural studies, and critical theory. His first book, Disidentifications: Queers of Color and the Performance of Politics examines the performance, activism, and survival of queer people of color through the optics of performance studies. His second book, Cruising Utopia: the Then and There of Queer Futurity, was published by NYU Press in 2009. Muñoz was Professor in, and former Chair of, the Department of Performance Studies at New York University's Tisch School of the Arts. Muñoz was the recipient of the Duke Endowment Fellowship and the Penn State University Fellowship . He was also affiliated with the Modern Language Association, American Studies Association, and the College Art Association.