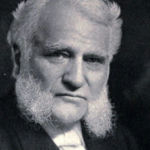 Why Is Joseph Crane Hartzell Influential?

According to Wikipedia, Joseph Crane Hartzell was an American Missionary Bishop of the Methodist Episcopal Church who served in the United States and in Africa. Early life and family Joseph was born of Methodist parents on a farm near Moline, Illinois. He was converted to the Christian faith as a boy. In 1863 he rescued four men from drowning in Lake Michigan and was honored by the City of Evanston, Illinois for his heroism. In 1869 Joseph married Miss Jennie Culver of Chicago.

Other Resources About Joseph Crane Hartzell

What Schools Are Affiliated With Joseph Crane Hartzell?

Joseph Crane Hartzell is affiliated with the following schools: