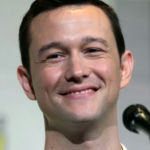 Why Is Joseph Gordon-Levitt Influential?

According to Wikipedia, Joseph Leonard Gordon-Levitt is an American actor and filmmaker. He has received various accolades, including nominations for the Golden Globe Award for Best Actor – Motion Picture Musical or Comedy for his leading performances in 500 Days of Summer and 50/50 . He is the founder of the online media platform HitRecord whose projects such as HitRecord on TV and Create Together won him two Primetime Emmy Awards in the category of Outstanding Interactive Program.

Other Resources About Joseph Gordon-Levitt

What Schools Are Affiliated With Joseph Gordon-Levitt?

Joseph Gordon-Levitt is affiliated with the following schools: