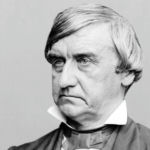 Why Is Joseph Holt Influential?

According to Wikipedia, Joseph Holt was an American lawyer, soldier, and politician. As a leading member of the Buchanan administration, he succeeded in convincing Buchanan to oppose the secession of the South. He returned to Kentucky and successfully battled the secessionist element thereby helping to keep Kentucky in the Union. President Abraham Lincoln appointed him the Judge Advocate General of the United States Army. He served as Lincoln's chief arbiter and enforcer of military law, and supporter of emancipation. His most famous roles came in the Lincoln assassination trials.

Other Resources About Joseph Holt

What Schools Are Affiliated With Joseph Holt?

Joseph Holt is affiliated with the following schools: